We were asked to virtually reconstruct a Romanesque abbey found near Kecskemét, Hungary.

Based on so little data from the excavation a handsome of other 12nd century monasteries from the region was used as reference for the interior and the cloister – the main model of the bounding walls was given.

In the simulation one can choose from 3 different views by selecting one of the physical cubes.

1. Walking around the abbey 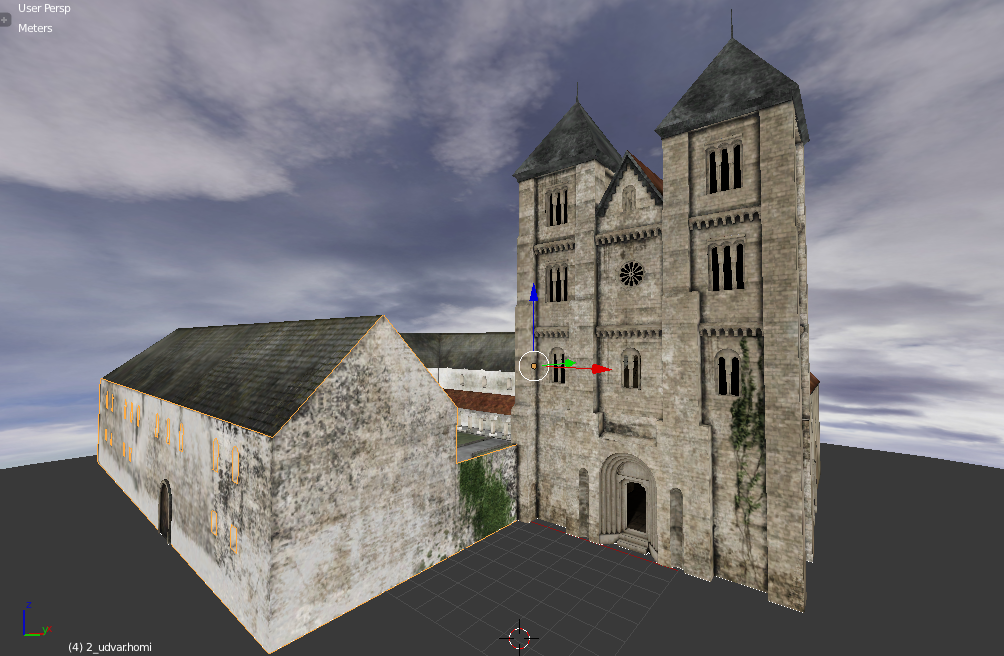 the church was presumably a simple one with three bays built from white limestone with all of the general characteristics of the churches of the era: 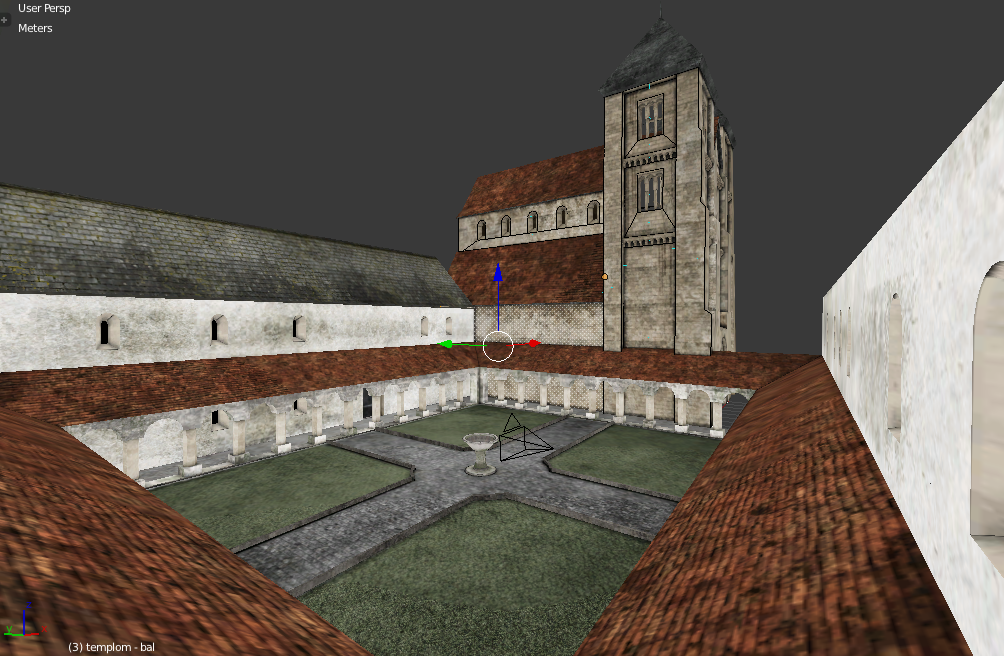 The inner space was surrounded by round arched arcades and the living-quarters.

3. The nave of the church 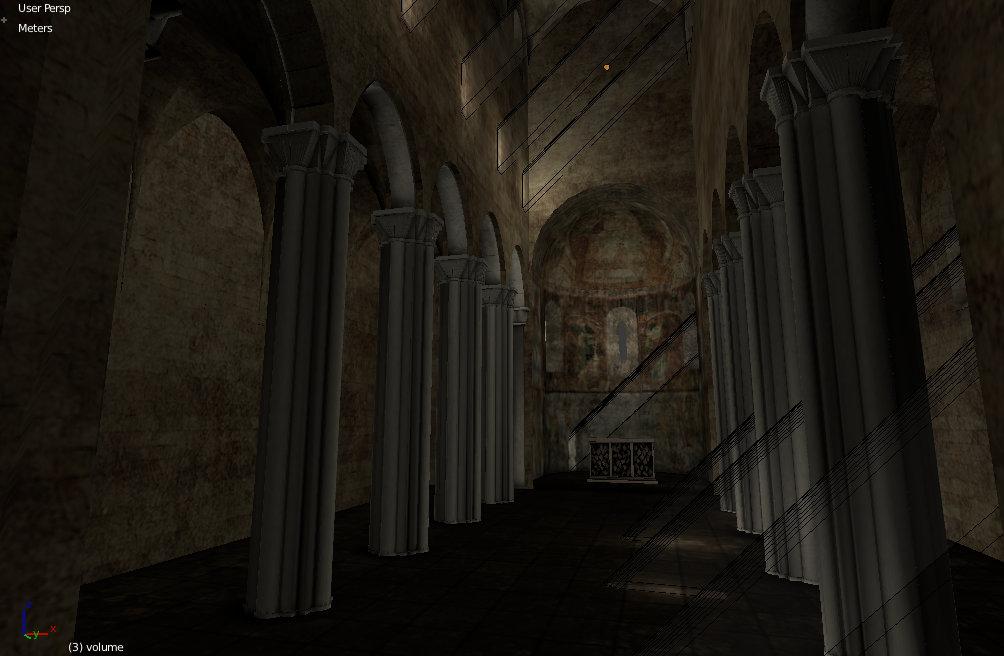 Typical romanesque groin vaults, basilical lighting and a high apse with a fresco are all features of the interior.

I was using blender again because I am trying to completely switch. 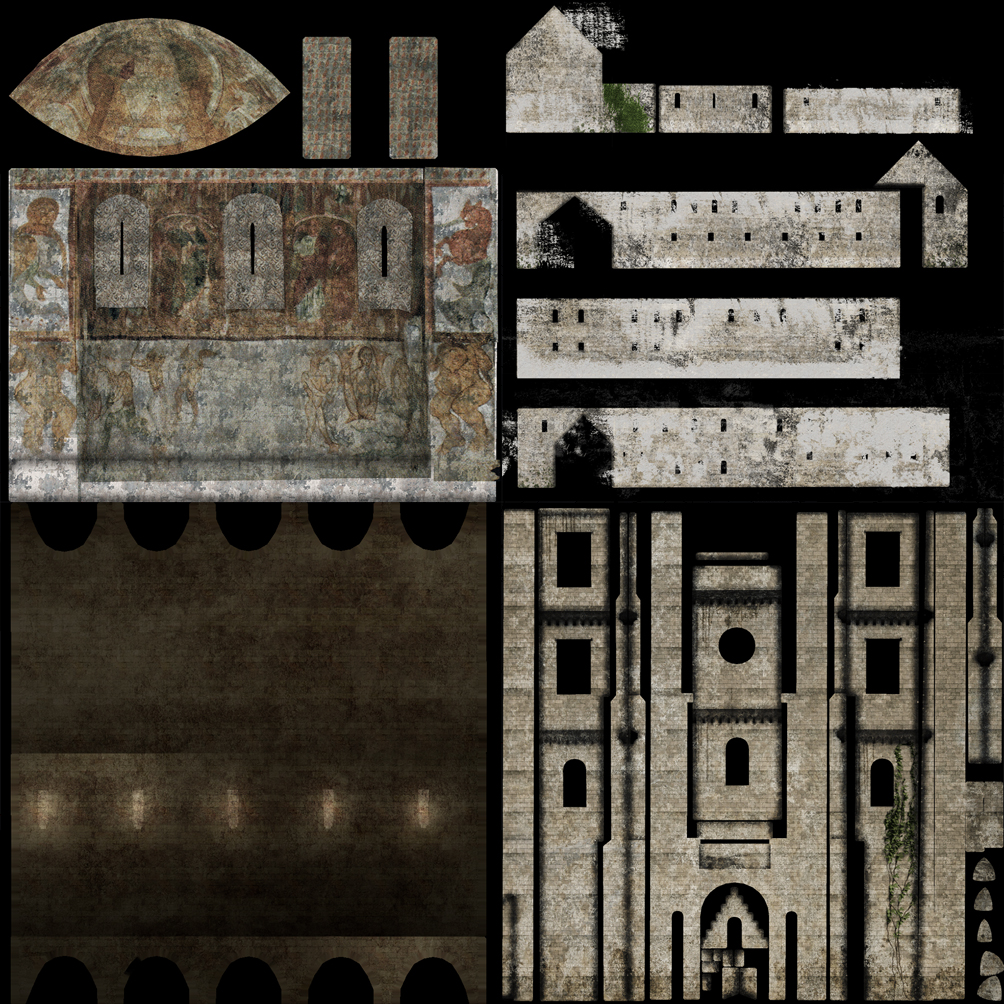 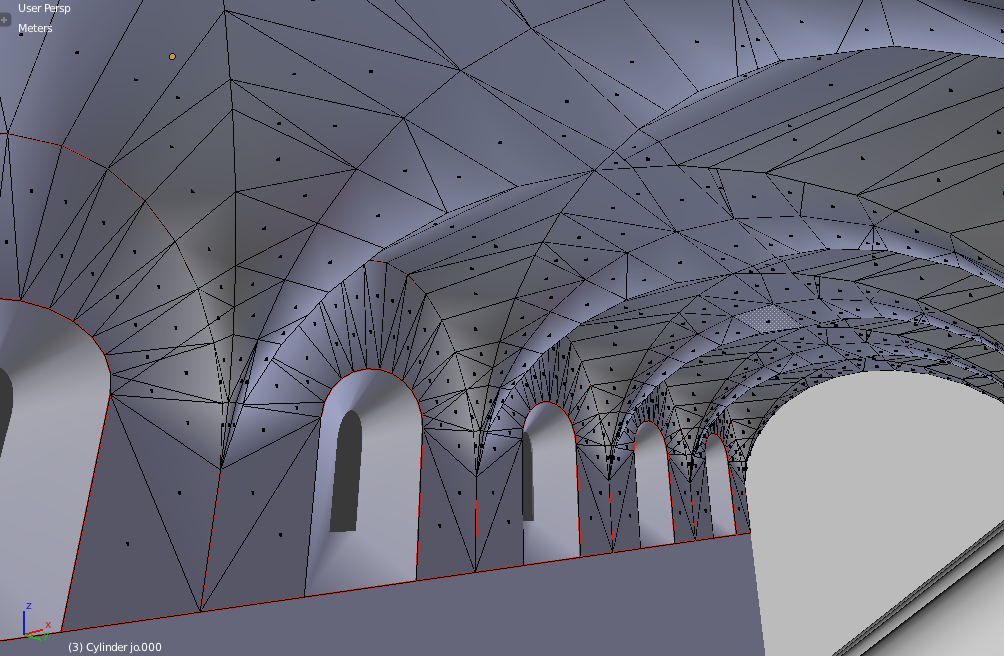 As of a game-engine project I was forced to reduce polygons and image sizes.
The final mesh consists around 60k polygons and more than 40 mid- to high definition textures.

the project was commissioned by E8 Lab.