Live coding is a performance practice centred upon the use of improvised interactive programming in creating sound and image based digital media.
I started to get familiar with live coding at Kitchen Budapest. We also formed a group called “draft report” and one called VADD and had some public performances. 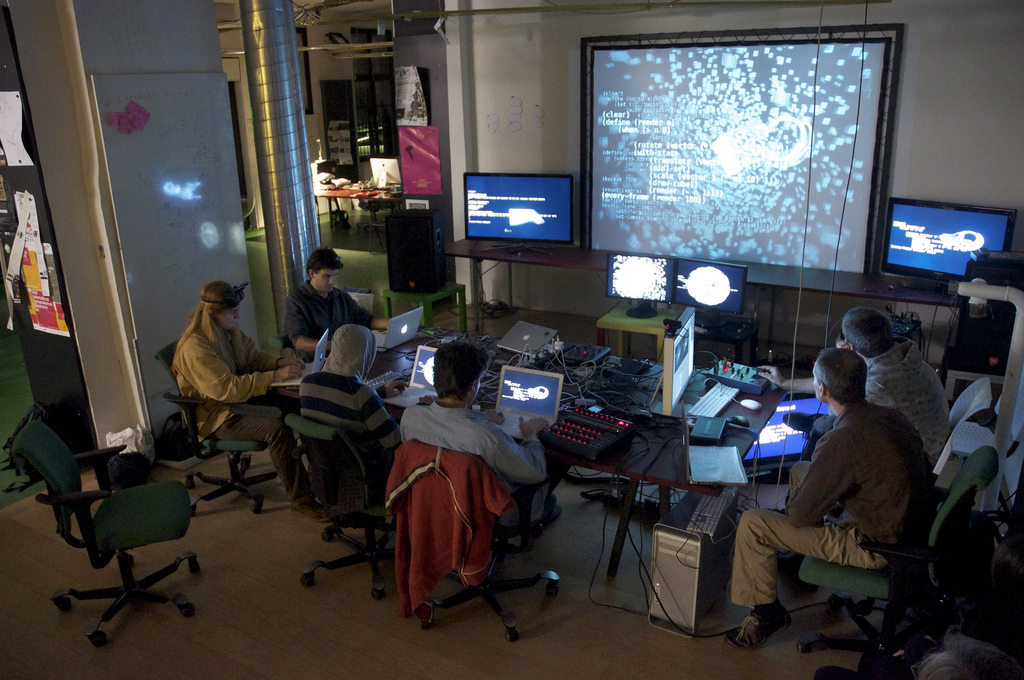 We use (Fluxus) as programming environment.

Fluxus is a rapid prototyping, playing and learning environment for 3D graphics, sound and games. Extends the Racket language with graphical commands and can be used within it’s own livecoding environment or from within the DrRacket IDE.

We are part of an experimental collective that explores the intersection of contemporary dance and livecoding.

With a group of dancers, sound-guys and coders we have been experimenting, especially with implementing the Kinect in the Fluxus environment. Kinect captures movement data in 3D using infrared cameras, which makes it a perfect combination with dance.

Since September 2011, we have performed in different venues and contexts in Budapest.

more on the topic:
http://zoltancsikkovacs.net/en/works/12/dancecoding